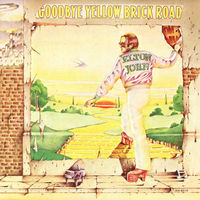 It was the biggest blockbuster in a career that has produced many. Recorded in 1973 at “the height of our powers,” as Elton puts it today, in his favorite honky chateau when he was just 26, the album topped worldwide charts and sold over 15 million copies. Now remastered and available in deluxe two-disc and super deluxe five-disc sets, it showcases Elton’s wide musical range and features a “revisited” collection of covers by contemporary artists and his own live performance that year at London’s Hammersmith Odeon. Hearing the Rocket Man’s original versions of classics alongside interpretations by young stars like Hunter Hayes and Emeli Sandé reveals the depth of those great songs. Ed Sheeran’s folky take on “Candle in the Wind,” Miguel’s r&b falsetto on “Bennie and the Jets” and Fall Out Boy’s raucous rendition of “Saturday Night’s Alright for Fighting” are all standouts. Ultimately, Sir Elton’s future lay beyond this road alone, but what an extraordinary stopover.