Elton John - The Diving Board 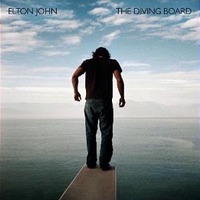 Elton’s on a creative roll. After the success of his last album, the T-Bone Burnett-produced The Union, on which Elton collaborated with his hero Leon Russell, the Rocket Man has another winner. Also produced by T-Bone, The Diving Board finds Elton diving back into a stripped-down roots sound. “It’s got everything I love about American music,” he says, “gospel, soul country. It’s the most piano-orientated record I’ve ever made (and) the most adult record I can make at my age.” Now 66, Elton has rarely been so inspired, as he deals with themes of aging, mortality and memory. “Home Again” is a backward-glancing ballad full of yearning, while “Take This Dirty Water” is a rocking gospel about rolling with challenges and getting back to life’s wellspring. The album ends on a sobering note, with Elton dispensing cautionary advice for young artists about how to deal with stardom—something the legendary performer knows plenty about.