Gord Downie & the Country of Miracles - The Grand Bounce 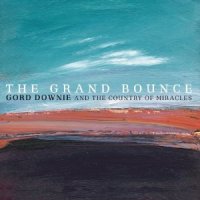 As the frontman of the Tragically Hip, Gord gives the beloved Canadian group a poetic depth not normally associated with rock bands. On his third solo album, the head Hipster gives full vent to his literary muse, quoting poet Al Purdy and referencing the western novel The Ox-Bow Incident among other things. But the album, whose title is taken from a term for desertion used in a General Custer biography, boasts a lively, indie-rock spirit, full of peppy songs about fatherhood, the environment and what it means to be Canadian.