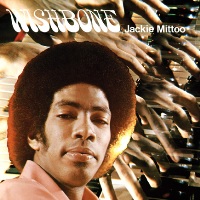 Mittoo was a founding member of The Skatalites and a legendary Studio One keyboardist who backed Bob Marley, Jimmy Cliff and others. His music played a crucial role in reggae’s foundation and he left a rich recorded legacy of his work in both Jamaica and Canada, where he lived through the 1970s and ’80s. This reissue of a rare album, recorded in Toronto in 1971, captures Mittoo at his best on gems like the majestic instrumental “Grand Funk” and the soaring, gospel-tinged reggae workout “Soul Bird.”