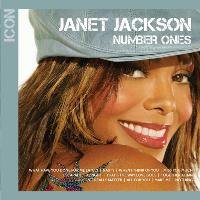 Janet Jackson is a survivor. As the baby in pop’s most famous family, Janet had to fight for attention and to be taken seriously. Launching her recording career just as brother Michael’s popularity was exploding, she lived in his shadow for many years—until she asserted her own image and a sound that mixed elements of r&b, funk, rap and new jack swing. By the end of the 1990s, she rivaled even the King of Pop as one of the decade’s most successful recording artists.

A new compilation, Number Ones, charts Jackson’s rise from her 1986 breakthrough Control album to 2001’s multimillion-selling All for You. The 12 tracks range from love songs to statements of female empowerment. Control’s “Nasty,” written in response to an incident of sexual harassment, features the classic line: “No, my first name ain’t baby, it’s Janet—Miss Jackson, if you’re nasty.” Songs from 1993’s janet. and 1997’s The Velvet Rope show the singer’s evolution from strong, independent girl to sexy, mature woman in songs like “That’s the Way Love Goes” and “Together Again.”

Twice divorced, Jackson continues to redefine herself. She is currently writing a diet book and focusing on acting in films such as last year’s Why Did I Get Married Too?, which featured her hit song “Nothing,” also included here. A survivor and a trailblazer who’s influenced female artists from Britney to Beyoncé, Jackson has enjoyed a remarkable run in pop music with a string of memorable hits—all well documented on Number Ones.