The morning after her triumph at the Juno Awards, Jann Arden was sitting on a Canadian Airlines flight, bound for Calgary. It was her birthday, and the 33-year-old performer was looking forward to a quiet trip home before celebrating with family and a close circle of friends. But word about her presence travelled quickly through the aircraft. Several passengers offered congratulations on her Juno success. Then a flight attendant came and asked for an autograph. The pilot, a professed fan, even invited Arden to the cockpit, where he gave her a demonstration of the controls. Just when it seemed that she might be able to relax for the final leg of the journey, an announcement came over the speakers: "Ladies and gentlemen, this is your captain speaking. We're flying at about 37,000 feet. We've got Jann Arden on board with us today and it just happens to be her birthday." The passengers broke into applause, causing the modest singer-songwriter to shrink into her seat. Arden now recalls that all the attention made her feel "kind of dumb."

With her fortunes soaring, Arden is going to have to get used to the adulation. Her Juno wins last month--for best female vocalist, best songwriter and single of the year--have thrust the performer into the forefront of Canadian music. Her achingly bittersweet voice is all over the airwaves, and her stark, confessional songs have drawn glowing comparisons to Joni Mitchell, whom she beat out for the prestigious songwriter award. Arden also has album sales to match the accolades. Her debut release, 1993's Time for Mercy, sold an impressive 77,000 copies in Canada, while sales at home of the 1994 follow-up, Living Under June, are fast approaching the 200,000 mark. Just released south of the border, the second album is already garnering rave reviews from U.S. media. Elle magazine gushed about the "transcendent intensity" of Arden's "gorgeous, wise" compositions, while Entertainment Weekly bestowed a grade of A minus on the album for its "shimmering suite of obsessional love songs."

But the self-effacing, self-described "prairie girl" has worked hard for her success. Arden spent a decade in the gritty bar circuit of Western Canada, singing in cover bands in noisy beer parlors for mostly unappreciative, drunken audiences, before landing a solo deal with A&M Records. Along the way, she struggled with alcohol problems of her own and considered giving up on a music career altogether. There was also much heartache, as Arden bounced from one doomed relationship to another. Ultimately, what saved her from hitting rock bottom was the realization that she had lost sight of herself. After meeting Neil MacGonigill, who believed in her talent and became her manager in 1987, Arden began to lay off the drinking and threw herself headlong into writing and performing her own songs--something she had tried before, but never with any confidence. In fact, under MacGonigill's influence, she began a daily regimen of composing, creating some 200 songs from which she chose 11 for her debut recording.

The wisdom gleaned from those years informs the songs on Arden's two albums, both produced by American Ed Cherney, who has also worked with Bonnie Raitt and Eric Clapton. And a sense of melancholy pervades much of her material, including the haunting Will You Remember Me, in which she sings, "God only knows why we try and fail/Is this heaven on earth or the fires of hell," and the plaintive Demolition Love, which speaks eloquently of the "bitterness of loss." Arden always leavens her songs with a sense of hope, and her concerts are often full of ironic humor. She has been known to introduce her song Gasoline, about an inappropriate affair, by saying, "Let's move on to guilt." But the dark tone of her material has confused some fans, who took the Juno-winning single Could I Be Your Girl--with its line "love is a demon and you're the one he's coming for"--to mean that Arden is some sort of devil-worshipper. Last week, Arden said that it is really about "falling in love with the wrong person." But she admits that she cannot explain all the "little twists and turns" of her songs. Says Arden: "I just draw from whatever's going on inside of me and hope that it moves someone."

Honest expression is something Arden learned from her parents, who, she says, always taught their children to be themselves. Born to construction contractor Derrel Richards and his wife, Joan, a retired dental assistant, Jann Arden Richards grew up with an older and a younger brother in the rural community of Springbank, outside Calgary. She describes hers as a happy childhood, with much familial affection and support. When she was 15, her mother gave her a guitar and she began writing her first songs. Her inspiration was the squeaky-clean pop of Olivia Newton-John, ABBA and, especially, The Carpenters. Despite sharing an Alberta childhood and a confessional style with Joni Mitchell, Arden did not hear the celebrated songwriter's work until quite recently. In fact, when she first met producer Cherney and he said that he envisioned them doing a Court and Spark type of album, alluding to the Mitchell classic, she replied, "Who are they?"

After the carefree years of high school--where she was known as a cutup, and remembers her entire class skipping English to go down to the river with a case of beer, only to be dragged back by the principal--Arden abandoned plans to become a teacher. She headed to Vancouver with her guitar and began busking on the streets, until one day she was punched in the face and robbed of the $4 in loose change that she had earned.

Humiliated and disillusioned, Arden quit music for a while and took on some unlikely jobs, including working as a ball cleaner at a golf course and as a deckhand on a salmon boat, gutting up to 700 fish a day. Before long, however, she was drawn back to music, and found herself singing in bands playing mainly pop and country. Life became, Arden recalls, an endless series of hootenannies and hangovers. "I was drinking way too much, not eating well or getting enough rest," says Arden, "and after a while, I stopped caring about my appearance. When you're in that state, you sort of step down and say, `This is good enough for me, I deserve this.' " 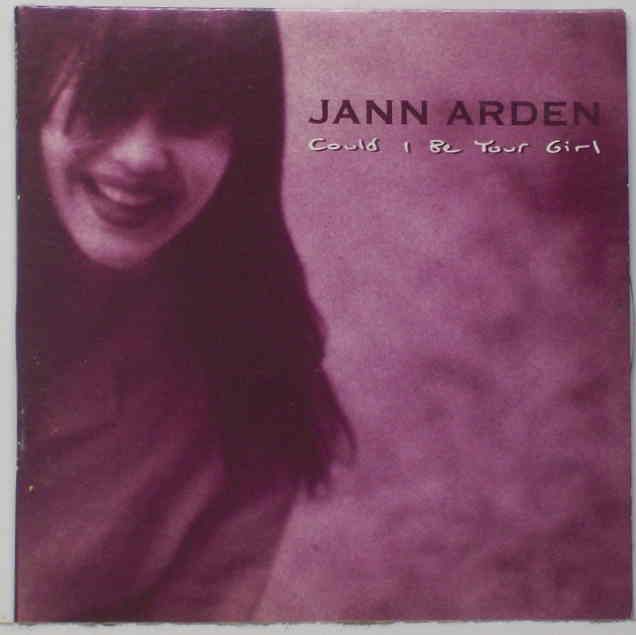 Fortunately, Arden wound back up in Calgary and met MacGonigill. At the time, she was in a boozy lounge act called Heart and Soul, drinking Grand Marnier throughout her sets. MacGonigill, who had previously managed cowboy singer Ian Tyson, caught the act and became enchanted by the auburn-haired performer. Although Arden sang a few of her own songs, including I Just Don't Love You Anymore, she never admitted that they were hers. "I was kind of embarrassed by them," Arden now explains. "They were really personal and I wasn't sure if I wanted people to know that it was me." But MacGonigill was impressed enough to catch the singer at her next engagement, at Calgary's rowdy Ranchmans bar, where she brought the crowd to a complete standstill. "Even the staff came out of the kitchen to listen to her," recalls MacGonigill, 46, who promptly offered to manage her and convinced her to give up drinking.

Although she admits that she still struggles with fears about life and death, Arden has clearly conquered her self-esteem problems. A hit at home, she now has her sights set on America and Europe (she is already a phenomenon in Italy, where her song Insensitive was featured in a jeans ad). Last week, as she was preparing for a U.S. tour that will keep her south of the border for much of the year, the singer reflected on her success and how much her perspective has changed. Says Arden: "I used to worry that my songs were too sad or depressing. Now, I don't really care because life is about imperfection and making mistakes." She adds: "It's not a beer commercial. And I feel so much happier that I know that now."