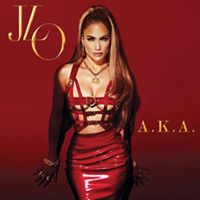 “This is not the girl you used to know,” J.Lo declares on the title track to her eighth studio album. Since launching her career with an acclaimed performance in the 1997 biopic Selena, the Latina superstar has become a formidable brand, known for fashion and fragrances as well as movies and music. Her personal life—three marriages, including one with Marc Anthony that produced twins, and a failed engagement to Ben Affleck—is also well known. But Jennifer has changed: “It’s been a transitional couple of years for me,” the 44-year-old confesses. “Everything that I learned about myself and love is what [A.K.A.] became.” Those changes mean highly personal lyrics and an urban sound that mixes lush r&b with thumping beats. The Diplo-produced “Booty” and dancehall-flavored “Tens” are surefire dancefloor fillers, while “First Love” and “Emotions” offer poppier and more heartfelt moments. Clearly inspired, J.Lo has transformed herself and made her best album to date.