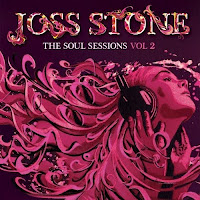 She was just 16 when her first album stunned the world music. How could a white English schoolgirl sound so much like Aretha Franklin? critics asked. The Soul Sessions, a collection of r&b covers, sold over five million copies. Much has happened to Stone nearly a decade on, including a Grammy win, recordings with Sir Mick Jagger, an attempted kidnapping and a starring role in TV’s The Tudors.

Now a veteran at 25, Stone has revisited her debut’s concept. Her sixth studio album teams her up again with Betty Wright, the queen of Miami soul, and veterans like Ernie Isley. Together, they deliver blistering covers of such r&b classics as the Chi-Lites’ “(For God’s Sake) Give More Power to the People,” with Stone’s powerhouse vocals a highlight. But it’s ballads like the Dells’ “The Love We Had (Stay On My Mind),” showing the subtler side of Stone’s talent, that are the real revelation here.