After exhausting the musical possibilities of rhythm and blues over the past 30 years, pop music is searching for ways to rejuvenate itself. The Police found success with their own brand of Jamaican reggae, and such bands as Talking Heads, the English Beat and Culture Club have eagerly borrowed ingredients from other Third World sources. Now musicians— including the Police—are turning to Africa for inspiration. Of all the sounds to come out of that continent recently the most influential—and exotic—is the juju music of Nigeria’s King Sunny Adé. Last week Adé played two triumphant concerts in Montreal and Toronto to coincide with Synchro System, his first album to be released in Canada. In September, Adé and his 20-piece African Beats will perform in Vancouver. 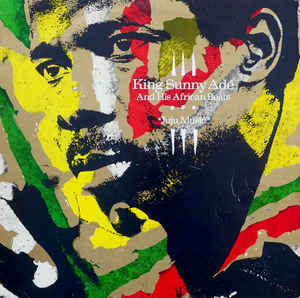 Adé’s new white followers are discovering that juju is virtually irresistible dance music. Indeed, the heart of juju is its beat. Like all African music it has at least two, and often more, rhythms playing at once. The ancient talking drums punctuate the music made by a battery of percussion instruments. Juju originated in the 1920s when Nigerian musicians first picked up guitars and played the traditional rhythms of the Yoruba tribe, the largest in Nigeria. Later, in the 1950s, juju pioneers like I.K. Dairo used electric guitars to further adapt the sound.

Sunny Adé’s juju is more global in its approach than that of his predecessors: the pedal steel guitar and the synthesizer are unusual but surprisingly compatible companions for the talking drums. When it is squeezed and struck with a curved mallet, the hourglass-shaped talking drum has a penetrating sound that rivets the listener to a beat and a melodic line at the same time. When the sound of modern instruments—including no fewer than four electric guitars—and the singing Yoruba voices of Adé and his chorus are added, the effect is like stepping into a culture warp. Adé says that the recent changes refine the traditional music of his people. “We wanted African music to be internationalized so we used the technology,” he explained. “But the root stays the same, and the root is the rhythm.” 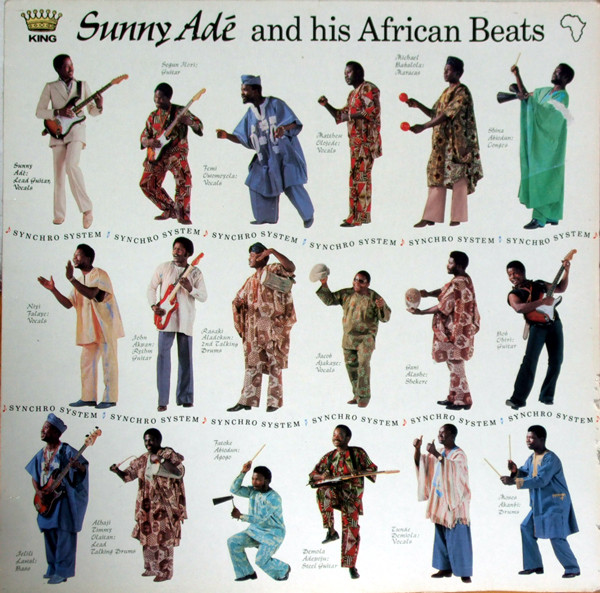 Such innovation is making juju music more accessible to Western tastes, and it is sparking worldwide interest in other African pop hybrids such as highlife and Afrobeat—a funky, jazz-inflected music made famous by saxophonist Felá Anikülapo Kuti, another Nigerian. Highlife, on the other hand, is a happy, calypso-influenced music with even more horns and fewer drums, and it has made stars of such African performers as Prince Nico Mbarga and his Rocafil Jazz.

Rich in music as Africa is, the message for Western listeners is rhythmic only. Adé’s lyrics, with few exceptions, are sung in his Yoruba language. In such songs as “Ja Funmi” and “Maajo,” his Christian faith is central: “Love your neighbor as you love yourself,” he explains gently in Yoruba.

To audiences like those in Montreal and Toronto last week his juju music is so seductive that it holds his dancing listeners spellbound. Adé’s most remarkable breakthrough is that he creates this effect with a music in which melody and harmony—the staples of Western music—take a back seat to rhythm. For the moment, the juju of King Sunny Adé clearly has the ear of the music world.