The doldrums of contemporary popular music have led many artists to other cultures in search of inspiration. Increasingly, bands such as Talking Heads and the Police are incorporating African or West Indian rhythms into their sound. Just how rich and varied that mix can be is evident on Music and Rhythm, a double-record set featuring musicians from more than 15 countries. The “benefit” album was intended to offset the debts of the World of Music Arts and Dance (WOMAD), a large multicultural festival held in England last summer. The collection places rock musicians, from former Genesis singer and festival promoter Peter Gabriel to the Who’s Peter Townshend, alongside the primeval sounds of Burundi drummers and Qawwali singers from Pakistan. Covering the ground in between are Prince Nico Mbarga and Rocafil Jazz from Nigeria and Trinidadian calypso singer Mighty Sparrow. The electronic experiments of Canada’s Jon Hassell and Germany’s Holger Czukay explore the new territory of what Hassell calls “future primitivism.” 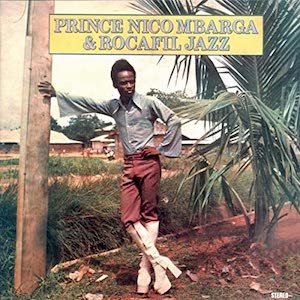 The major influence of Third World music on Western pop is the emphasis on rhythm over melody, as exemplified by Gabriel’s “Across the River” and Townshend’s “Ascension Two.” However, neither is as explicitly percussive as Prince Nico’s “Sweet Mother,” in which drums are the central instruments. Popular bands such as XTC and the English Beat blend exotic flavors into their music, making African pop more accessible to Western audiences. When Hassell combines his trumpet with talking drums and synthesizers in “Ba Benzêlê,” recorded last year at the Ontario College of Art, he creates a new synthesis which merges African moods with modern electronic sounds.

The traditional selections are as exciting as the hybrids and the experimental pieces. The complex percussion of the Drums of Makebuko from Burundi and Alhaji Ibrahim Abdulai and his Dagbamba Cultural Group from Ghana may be too dense for the impatient listener. But these cuts, like much of the WOMAD collection, demand a willing ear to discover the musical gifts of rhythm.