Mariah Carey - Me, I Am Mariah…The Elusive Chanteuse 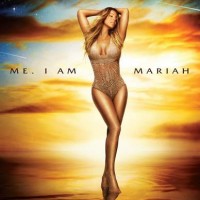 With Mariah, it’s always been about the voice. A magnificent, five-octave instrument that can reach the highest rafters without the benefit of Auto-Tune, that voice has graced over a dozen albums and more chart-topping hits than any other solo artist in U.S. history. Which makes the Grammy-winning artist’s 14th recording—even with its odd, overly self-reverential title—a cause for celebration. It’s Carey’s first since 2009’s Memoirs of an Imperfect Angel, after which she gave birth to twins Moroccan and Monroe. The new album finds Carey, 44, teaming up with the legendary Stevie Wonder, who lends a harmonica solo to the old-school r&b jam “Make It Look Good,” and rapper Nas, on “Dedicated,” a Wu-Tang-sampling tribute to hip-hop’s golden age (the album’s deluxe edition also includes duets with Mary J. Blige and R. Kelly). But the real highlights are those tracks that really showcase her voice, especially the emotional piano ballad “Cry” and the chilling gospel epic “Heavenly (No Ways Tired/Can’t Give Up Now),” on which Carey, backed by a full choir, hits truly otherworldly notes. Heavenly indeed.