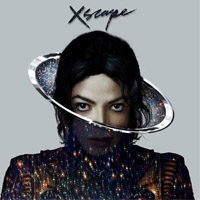 After the King of Pop died in 2009, his record company rushed to cash in on his legacy. Now, in the hands of top producers like Timbaland, Michael’s talent gets the respectful treatment it deserves. Xscape features unreleased songs recorded between 1983 and 1999 and provides them in original demo form and newly produced versions. Highlights include the soulful “Loving You” and the joyous “Love Never Felt So Good,” which also comes as a giddy posthumous duet between Michael and Justin Timberlake. Outtakes never sounded so good.