Rose, Black Uhuru singer-songwriter in the group’s glory days of the early 1980s, wrote one of Uhuru’s best-loved songs, “Youth of Eglington (sic),” about a shooting incident that occurred in 1981 during one of his frequent Toronto visits.

And the performer’s brother, Horace, owns Rap’s Place, a popular restaurant in the Jamaican neighbourhood around Oakwood and Eglinton.

His appearance comes at a time when Black Uhuru is being rediscovered as one of the world’s premier roots-reggae acts. 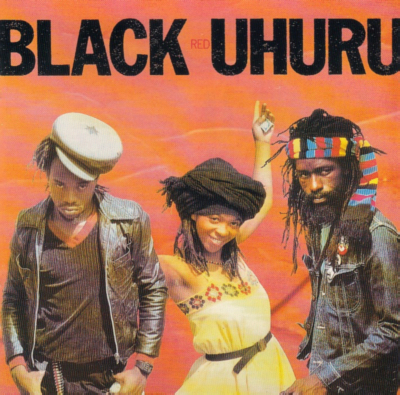 Rose was part of the lineup that came to prominence in the wake of Bob Marley’s death in 1981. Along with Duckie Simpson and Puma Jones—and backed by Sly Dunbar and Robbie Shakespeare—he recorded such classic albums as Sinsemilla, Red and Chill Out for Chris Blackwell’s Island label.

Another album, Anthem, earned the first Grammy Award for a reggae recording.

That period of the group’s history is now well documented on the new Black Uhuru box set, Liberation: The Island Anthology. What’s evident from the two-CD collection is the magnitude of Rose’s role, in both his distinctive vocal style and his conscious lyrics on such songs as “Eglington,” “Puff She Puff” and “Bull in the Pen.”

“Everything about Black Uhuru was right,” says Rose from his home north of Kingston, Jamaica. “The time, the message, the vibe. It was fresh and the people were hungry for it.”

But the singer, who left Uhuru in 1985 over differences with Simpson, would clearly like to close that chapter of his career.

“Life goes on,” he says laconically. And so does Black Uhuru.

Despite Rose’s departure and Jones’ death from cancer in 1987, the group has continued under Simpson with different lead singers—first Junior Reid, then Don Carlos—who sound startlingly like Rose, right down to the quirky phrasing.

“Everyone want to sing like me,” laughs Rose. “They all try to cop my licks.”

Although he and Simpson no longer talk (Rose describes his former partner as a “grumpy guy), he recently teamed up with Reid to record the dancehall single, “Burning Down Rome.”

“Junior Reid’s a fan of mine,” says Rose happily. “He loves my style, just like a lot of up-and-coming singers.”

Indeed, Toronto’s own Snow was recently heard imitating some of Rose’s trademark sounds—including phrases like “sten-a-hoy”—after a trip to Jamaica.

Growing up in Kingston’s tough Waterhouse ghetto, Rose was a rude boy who found a creative outlet in front of a microphone in the city’s dancehalls.

He soon began to impress listeners with his edgy, melodic style and one of the first to take notice was producer Niney the Observer, who put out Rose’s debut single “Dreadlocks Coming” (later remade as “Guess Who’s Coming to Dinner?”). 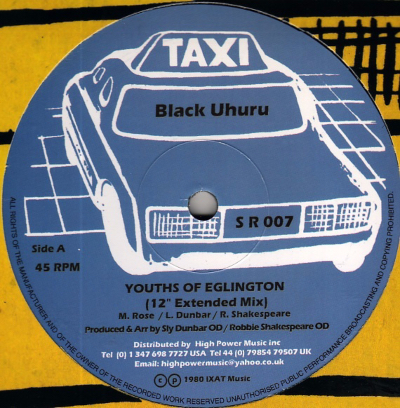 Teaming up with Simpson, Rose began crafting the militant sound of the street for which Black Uhuru would become famous. But it took the addition of Jones, a U.S.-born social worker living in Kingston, to round out the group with her haunting harmonies and regal presence.

And it wasn’t until the trio was joined by the formidable rhythm section of Dunbar and Shakespeare that Uhuru’s sound really took flight.

Since going solo, Rose has recorded at a prolific rate, releasing seven albums and covering styles ranging from roots reggae and dancehall to r&b and hip-hop flavoured tracks.

He also stays in touch with the dancehall scene and finds regular work singing on dub plates for various Kingston sound systems.

About the current state of dancehall music, he’d like to see more of the “conscious style” of roots-reggae bands.

“The youth today are forced into violence because they lack opportunities,” says Rose. “They get no substance. We’ve got to flood the air with music that has a message. You can’t have too much of that.”

As for Toronto, it’s much like a second home to the singer, who was back here last year recording with local producer Bunny Gemini.

“I like the city very much,” says Rose. “Despite the cold temperatures, the people are very warm. And it’s always been a good testing ground for my music.”

Postscript: The shooting incident that inspired Rose to write "Youths of Eglington" took place at a basement dance underneath Joe Gibbs Records (1565A Eglinton Ave. West), which Horace "Rap" Rose used to run before he moved eastward a few storefronts to open his restaurant. Rap was married to Gibbs' niece. Source: David Kingston.