They are one of rock’s most on-again/off-again partnerships, a pair of icons whose relationship was once described as the longest running soap opera in Canadian history.

Although they have much in common, such as their Winnipeg birthplace and each taking turns at different times as members of Ringo Starr’s All-Starr Band, myriad differences have kept Randy Bachman and Burton Cummings apart, including friction caused by Cummings buying the publishing rights to the Guess Who songs he’d co-written with Bachman.

But on July 18, the two Canadian rock legends will reunite for a one-time charity fundraiser for Canada’s Walk of Fame at Toronto’s Casa Loma. Billed as “Music Under the City Stars,” the high-priced event (single tickets for concert and gourmet dinner run for $2,500) will see Bachman and Cummings perform together for the first time in over a decade, trading hit songs and sharing the stories behind them. If successful, it may lead the rock legends to join forces once again for future tours.

So what’s brought the prolific songwriters back together? It’s certainly not the money. According to a website that reports estimates of the total assets and financial activities of celebrities, the net worth of Bachman and Cummings is roughly between $14 and $15 million U.S. each. 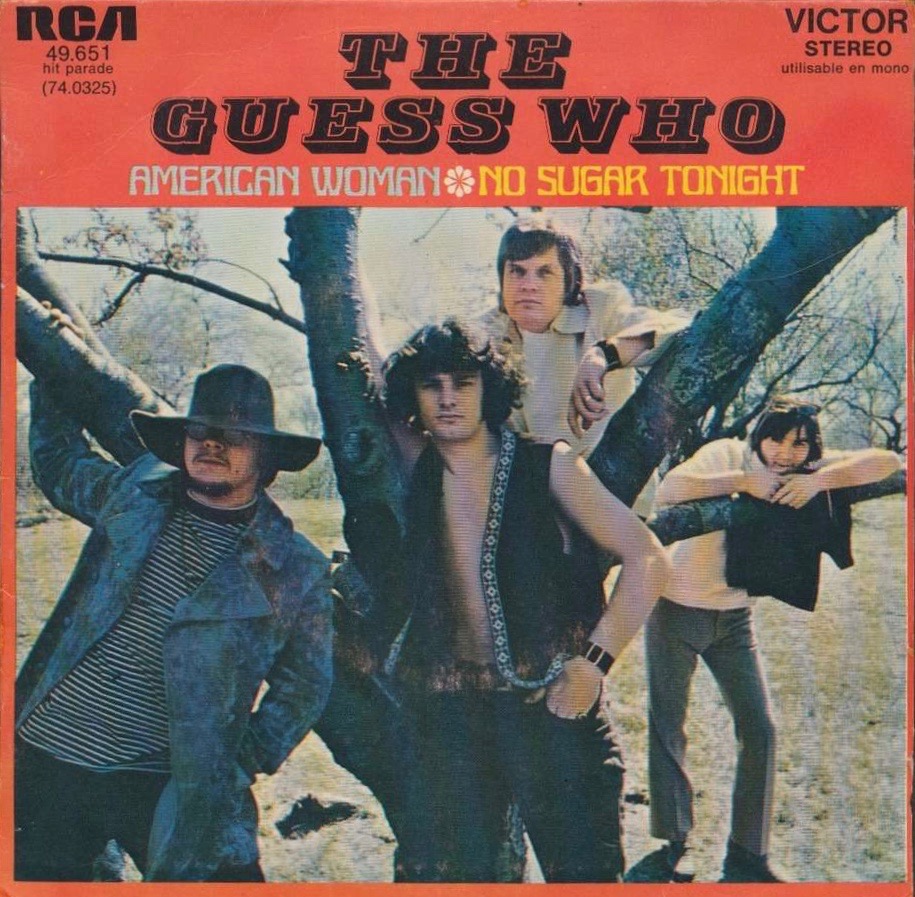 One of the reasons for the reunion is the charity itself. Both musicians are two-time inductees in the Walk of Fame—Cummings, 71, as a solo artist and a member of the Guess Who and Bachman, 75, as a member of both the Guess Who and Bachman Turner Overdrive (the pair are similarly two-time inductees in the Canadian Music Hall of Fame and have each received the Order of Canada). So doing a fundraiser for the Walk of Fame charity, which pays homage to famous Canadians on a network of Toronto streets, is a way of giving back.

But there’s more to it than that. In separate interviews with each of them, the creators of such timeless songs as “These Eyes,” “Stand Tall” and “You Ain’t Seen Nothin’ Yet” made clear that repairing their legacy is the big motivator. Once rated among the best five bands on the planet, the Guess Who has been reduced to a pale facsimile of its former self, thanks to a version of the Guess Who led by original bassist Jim Kale, who scooped up rights to the group’s name.

Meanwhile a clone version of BTO, once heavyweight rockers with hefty global sales of 20 million, has been the source of lawsuits between Randy, his brothers and one-time member Blair Thornton for years (Randy had also let the Bachman Turner Overdrive acronym and logo leave his hands). “Burton and I need to band together and shut down the clown posse of the fake Guess Who and the fake BTO,” Bachman told fyimusicnews. “Some people say Burton and I were the architects of Canadian rock and roll, yet these guys who are out there playing our songs just issued a cease and desist last week to stop me from saying I was the creator of music in the Guess Who, it’s insane—some of them weren’t even born then!” 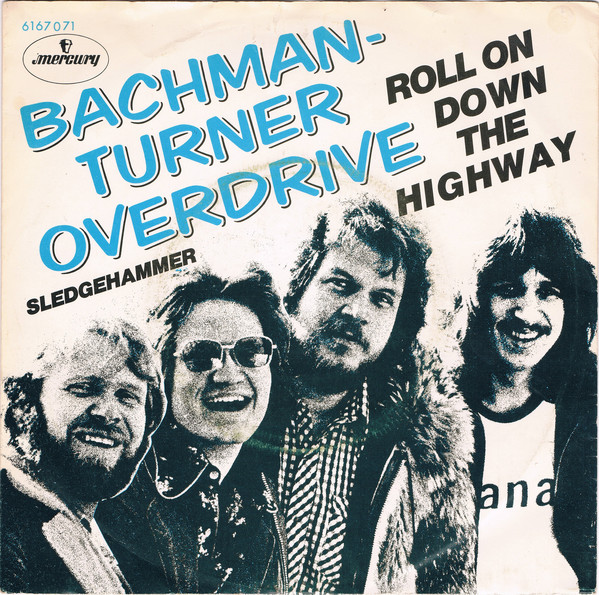 Added Cummings: “That fake Guess Who out there with Kale, people realize that’s just nonsense. It’s like the faux versions of groups like the Platters. Somewhere tonight you can go and see the Temptations, but it’s not the people who were on the records. When it comes to Randy and me, we were the guys who wrote all those songs and made the records.” He added: “We have this incredible history to delve into, why not do it one more time?”

In the past, the pair came together for financial reasons. Bachman used a 1983 Guess Who reboot to help pay the mortgage on the house he’d bought with his then wife Denise McCann. Another banding together, the lucrative Running Back Through Canada tour of 2000, resulted in a live double album and DVD, while 2003’s SARS virus benefit in Toronto saw them open for the Rolling Stones.

Three years later, they joined forces for a CBC TV special that led to a DVD and CD, First Time Around, featuring the two in front of an intimate crowd, playing the hits and relaying their stories. Backed by Burton’s Toronto-based group the Carpet Frogs, they called themselves the Bachman-Cummings Band. Their last live performances was during the summer of 2009 at a private function at Toronto’s Rebel nightclub, again backed by the Carpet Frogs.

Unlike those previous reunions, “Music Under the City Stars” is just the songwriters, who some might call Canada’s Lennon and McCartney or Jagger and Richards, their voices, piano and guitars. The storytelling side to the show is something that Bachman, the longtime host of CBC Radio’s Vinyl Tap, featured on his 2002 solo album, Every Song Tells a Story.

“The Walk of Fame night is going to be special because there’s no band,” says Cummings. “It’s just the two of us singing some of the songs we did together and apart and talking about where they came from, so it’ll be a lot of fun.” He added: “If people like the songs, it’s always interesting to hear that background and how the songs came together.” Bachman agrees: “There’s an energy or chemistry that I give Burton and he gives me. We don’t know what it is—it’s invisible—but it’s pretty magical.” 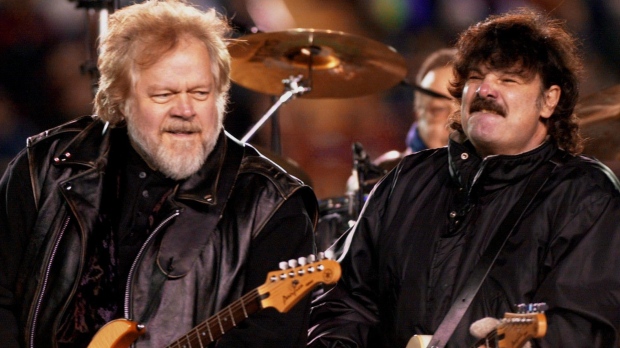 According to Cummings, his longtime manager Lorne Saifer has been getting calls of interest in a Bachman-Cummings tour for 2020. The “I’m Scared” singer has no fear of getting back on the road, boasting that he’s in better shape than ever, despite a car accident last year that left him concussed. “After 50 years I finally quit smoking and I don’t smoke anything anymore, even though grass is now legal,” Cummings says. “I don’t drink alcohol either—I’m so straight I’m boring. But people say I sound better than ever.”

Asked what keeps him wanting to perform, Cummings doesn’t hesitate. “Applause is very addictive,” he says, “as strong as any drug. But I also appreciate what my performing of these songs does for people. It takes them back in time. When you hear somebody do the songs that were hit records, you can remember where you lived, what kind of clothes you were wearing, what kind of car you were driving, how you wore your hair and who you were dating. It’s a wonderful thing. If I can do that for people—hell, I’ll do that into my 80s.”

As for Bachman, whose Vinyl Tap has just been renewed for another three years, he’s come to conclude that performing is a lifeblood. “Neil [Young] once told me, ‘We used to live to play, now we play to live.’ It’s so true—we play to stay alive.”

For those still in love with the Bachman-Cummings brand of “wheatfield soul” or those wanting to see the pair of rock legends one last time, all this reunion talk is good news.