When Nusrat Fateh Ali Khan performs, people get high. They break into tears, fall into trances and feel like they’re flying. They may even see God.

It’s something the Pakistani singer’s proud of—actually it’s his mission in life.

Yet Khan, who performs Sunday with his seven-member “Party” at Roy Thomson Hall, has nothing to do with drug-induced states of ecstasy. As the world’s leading performer of qawwali, the devotional music of Sufi Muslims, his approach is purely spiritual.

It’s a tradition that dates back to the 12th and 13th centuries. Sufi poems, praising Allah and his prophets to music, are sung in Urdu, Punjabi or the original Persian language. And a qawwali singer, or qawwal, spins complex historical parables that take a learned listener to decipher.

But you don’t need to be a follower of Sufism to appreciate the power of the mighty Khan. His music, a dizzying mix of call-and-response vocals, droning harmoniums with syncopated drums and hand-claps, is intoxicating for anyone with open ears.

Now one of the leading stars on the world-music circuit, Khan was a highlight of Toronto’s first WOMAD festival in 1988. Sitting cross-legged and barefoot on Harbourfront’s Brigantine Room stage, he held the capacity crowd completely spellbound.

In Khan’s soaring, improvising tenor, the audience could hear shades of jazz and even opera. And his Party’s joyous choral sound was like gospel music at its finest. 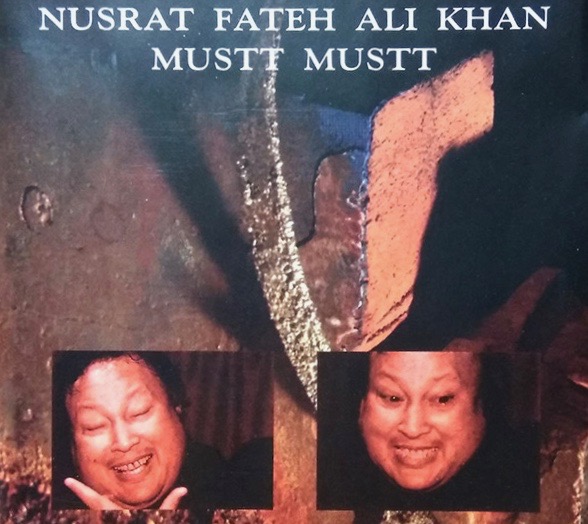 Speaking from Seattle, where he’s on a one-year university teaching stint, Khan explains that finding a global audience is part of his role as a Sufi missionary.

“It is the job of every qawwal to go into each country, each city, each street, each house and convey the message of Islam,” he says via a translator. “But we do not force anyone to accept Islam. If people want to take my music only as entertainment, so be it.”

When Real World offered to have the hip dance production team Massive Attack do a remix of “Mustt Mustt,” Khan agreed.

“They convinced me that it would help take my message to a younger audience.”

But the crossover backfired and Khan discovered that his music was being played in decadent European dance clubs.

“That was highly inappropriate,” he bristles, “because qawwali should not be played where there is intoxication and other ill acts being practised. It should be respected and heard in a proper setting.”

Although it’s unlikely the 44-year-old performer will allow another dance remix of his music, he has nothing but praise for his Canadian producer, Michael Brook. 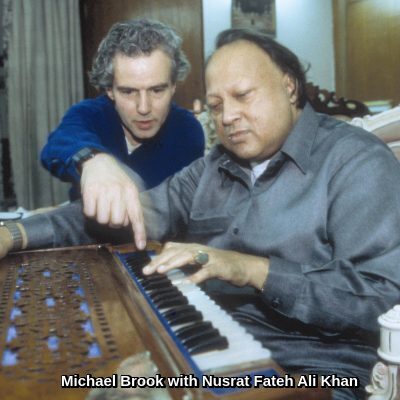 “Michael is very knowledgeable and talented person,” says Khan, “and he went out of his way to learn the Indo-Pak styles of the qawwalis.”

Still, Khan admits that Brook’s editing on Mustt Mustt resulted in a few unfortunate distortions of his performance.

“Once,” he chuckles, “they accidentally edited parts together that had me singing two different scales in the same minute.”

But in the end, the recording, a lush blend of qawwali and ambient-style music, was completed to both Khan’s and Brook’s satisfaction.

Sunday’s concert will mark Khan’s fifth appearance in the Metro area, including a recent performance at a wedding reception for a family friend in Burlington. The groom, Kam Ran Khan (no relation), remembers it as a deeply moving experience.

“He sang one piece about separation,” recalls the 24-year-old Hamilton land developer. “Separation in the earthly sense of mother-child or husband-wife, but also separation from God. It brought all of our guests to tears.”

When he takes to the Thomson Hall stage on Sunday, complete with his qawwal-in-training nephew, Rahat Ali, Khan will be aiming to do the same.

Tears, trances, seeing God, it’s all part of the show.