She was one of Yorkville’s forgotten female folkies, a contemporary of Joni Mitchell and a friend of Neil Young who left Toronto in 1968 for the hills above Los Angeles. For a while, Elyse Weinberg was a Lady of the Canyon herself, with an acclaimed debut album and a rose-tinted future. Newsweek magazine even compared her to Ms. Mitchell, Melanie and Laura Nyro. But disillusionment with the music business eventually caused the husky-voiced singer to drop out, move to the rural northwest and change her name.

In 2000 Ms. Weinberg, then living as Cori Bishop in Ashland, Ore., received an out-of-the-blue phone call: a young musician had found her mystical self-titled debut in a thrift shop, declared it a “Holy Grail” and got her permission to re-release it. The reissued Elyse came out with a bonus track featuring Mr. Young on guitar and spawned a surprising, late-in-life career revival. 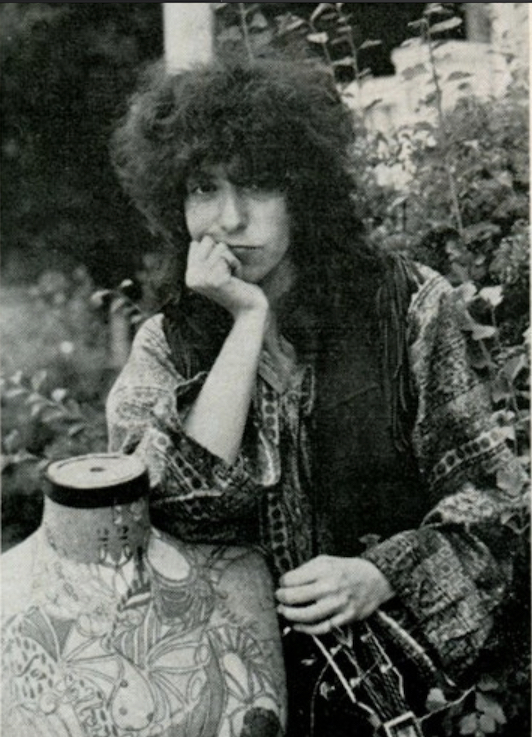 Suddenly Ms. Weinberg, who writer Harlan Ellison once hailed as a gutsy “mythical creature with blue-eyed soul,” was embraced as a psych-folk genius and her music covered by indie acts like Vetiver, Dinosaur Jr. and Courtney Barnett. When Ms. Weinberg died on Feb. 20 at the age of 74, after battling lung cancer, the music world lost a uniquely talented nonconformist.

Born in Chatham, Ont., on Oct. 25, 1945, Ms. Weinberg fell into music at a young age. When she was 12, her family moved to Montreal and she got her first guitar. Soon, she was devouring Broadside magazine and learning the protest songs of Phil Ochs. One of her earliest gigs was at Moishe Feinberg’s Potpourri bookstore on Stanley Street.

In 1963, Ms. Weinberg dropped out of McGill University and gravitated to Toronto’s flourishing coffeehouse scene in Yorkville, appearing at the Gate of Cleve and the Village Corner. For the next two years, she was a featured artist at the Mariposa Folk Festival, appearing alongside Ian & Sylvia, Buffy Sainte-Marie, Gordon Lightfoot and Ms. Mitchell (then Anderson), and performing Dylan covers and bittersweet originals that she sang in a strange, world-weary voice she called “old gravel pit.”

Ms. Weinberg met Neil Young in the summer of ’65, when she was sharing an apartment above the Night Owl coffeehouse on Avenue Road. She lived with folksinger Vicky Taylor and Ken Koblun, who had played bass in Mr. Young’s Winnipeg band the Squires. Mr. Young, struggling to make it as a folksinger, crashed on the apartment’s living-room floor. “We were all really young,” Ms. Weinberg later recalled. “People would come and go. We were all discovering life and the scene, and being the scene without even knowing it.” 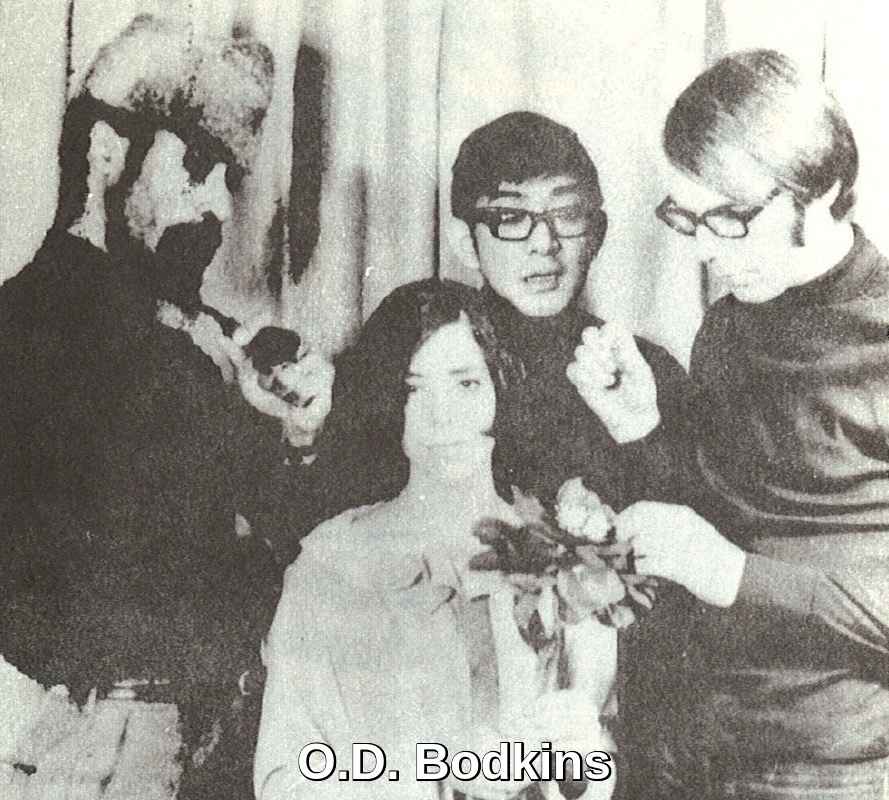 After travels to Israel and around Europe, Ms. Weinberg returned to Toronto to form the folk-rock group O.D. Bodkins & Company (she was O.D.) with Mr. Koblun, Doug Bush and Tom Okie. Wearing a plum-coloured crushed velvet cape, the frizzy-haired singer and her quintet kept busy throughout 1967, performing at Expo’s Youth Pavilion in Montreal, at Ottawa’s Le Hibou and the Mariposa festival. By then, Ms. Weinberg was living in the Yorkville area with Three’s a Crowd’s Brent Titcomb and his wife.

“Elyse’s astrological sign was Scorpio,” Mr. Titcomb recalls, “so she was very philosophical, spiritual by nature and attracted to the occult. We had fascinating talks around the kitchen table.” Added Mr. Titcomb, who played harmonica on Elyse: “She was smart, highly aware of the world and had a great sense of humour – very unorthodox.”

Ms. Weinberg ventured west to California on the advice of Mr. Young, who had gone there and formed Buffalo Springfield. She crashed on Mr. Young’s couch in Topanga Canyon before moving in with Cass Elliot of the Mamas and the Papas. Mama Cass arranged for Ms. Weinberg to meet music impresario Roy Silver. After hearing the Canadian singer’s songs, Mr. Silver signed her to a management and recording contract, found her a Laurel Canyon apartment and bought her a green Pontiac Le Mans. 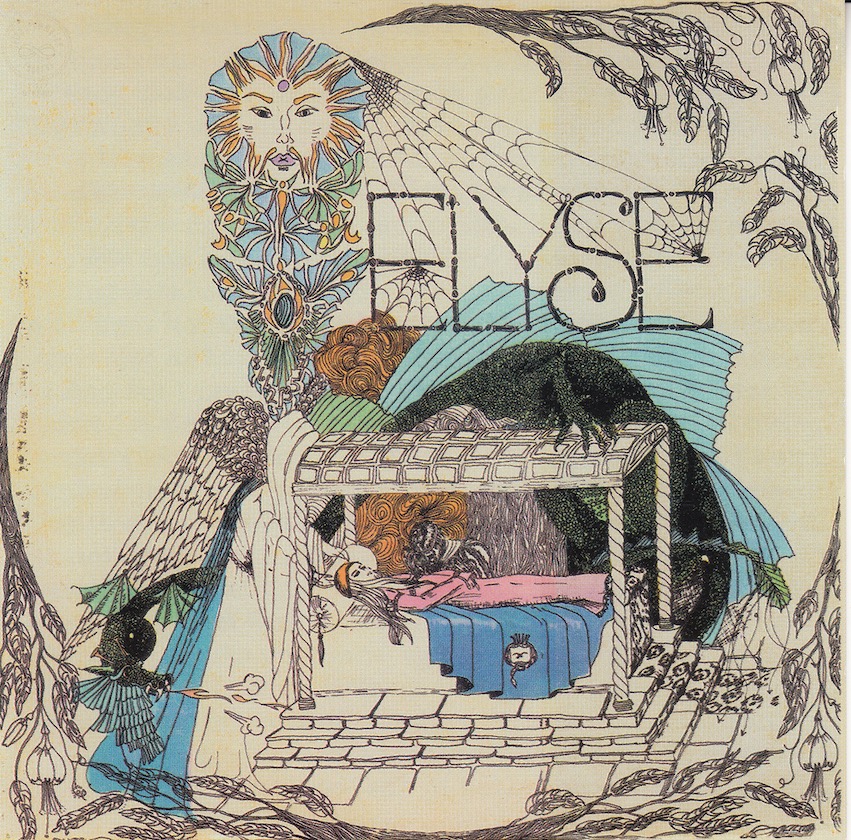 Elyse, came out in May 1969 and reached #31 on the Billboard charts, just behind Mr. Young’s Everybody Knows This is Nowhere. The prominent Newsweek article, which lauded her medieval-like ballads and “cracked, mournful delivery,” led to an appearance on The Tonight Show. On it, she sang Bert Jansch’s “Oh Deed I Do,” the album’s single, but technical issues hampered her performance. Then Mr. Silver arranged for Cher to record Ms. Weinberg’s “Band of Thieves” in the movie Chastity, only for Ms. Weinberg to see the song inexplicably retitled Chastity’s Theme, with composer credit going to Sonny Bono.

Still, Ms. Weinberg was riding high on her debut album. Her followup, Greasepaint Smile, featured such standout songs as the confessional “What You Call It,” the bluesy rocker “City of the Angels,” and “Houses,” about the challenge of sharing spaces with others. The latter included a characteristically gritty solo from Mr. Young (guitarist Nils Lofgren also played on two other tracks). But before the album was released, the record label went bankrupt, leaving Ms. Weinberg adrift. Greasepaint Smile finally came out in 2015. Looking back on its songs, she commented: “I hear a young woman wanting to be loved. I hear a spiritual yearning for a higher love. I know it now, but I didn’t know it then.” 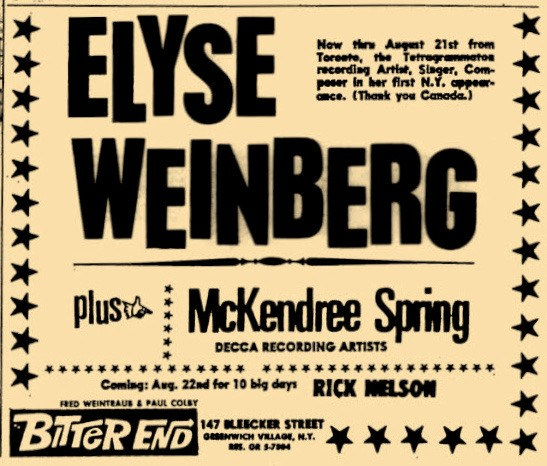 Ms. Weinberg performed occasionally at New York's Bitter End and at the Troubadour club in L.A., sometimes backed by future Eagle Glenn Frey. Mr. Silver then got her signed to David Geffen’s new Asylum Records label, joining a roster that included Jackson Browne, Linda Ronstadt and the Eagles. But after recording another collection of songs, Ms. Weinberg had a disagreement with Mr. Silver which ended their relationship and the Asylum deal died. Once again, an Elyse Weinberg album was shelved (that one remains unreleased to this day). 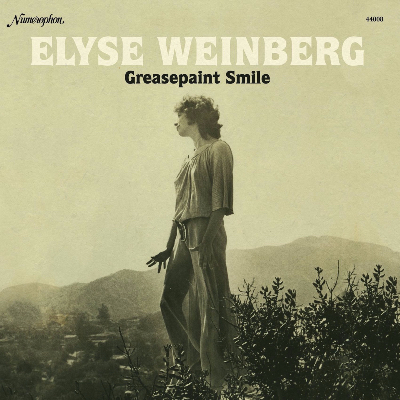 Relocating to rural Oregon, Ms. Weinberg adopted a new name based on her belief in numerology and began working for an insurance company. It was then that musician Andrew Rieger, of the band Elf Power, discovered and re-released Elyse, with the bonus track “Houses.” Rejuvenated, Ms. Bishop began performing again, sometimes with her band Baby Cori and the Buds, and in 2009 released a new solo album, In My Own Sweet Time, under her original name. The appearance of Greasepaint Smile six years later completed her surprising comeback. “Elyse was an intense, one-of-a-kind individual,” Mr. Titcomb recalls. “There was no one quite like her.”

Ms. Weinberg was predeceased by her parents, Alex and Mary Weinberg, and her sister, Vickie Marks (née Weinberg). She leaves her brother, Mark Weinberg, and various nieces and nephews.