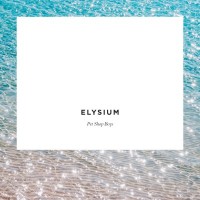 The English synth-pop group’s 11th studio album is named after the Greek word for paradise. It’s a fitting title for a CD of contemplative numbers like “Invisible” and “Breathing Space,” which bask in dreamy orchestral strings. The Boys go for gold with “Winner,” an upbeat song that served as an unofficial soundtrack to the Olympics.