Geddy Lee visibly tenses up when he talks about the period when fans drove him and his family out of their east-end Toronto home. It was the late 1970s, and Lee’s band, Rush, was the undisputed champion of arena rock in Canada. He and his wife, Nancy Young, and their small son were leading a quiet life in the Beaches, a middle-class neighborhood, until Rush fans discovered where the band’s bassist-singer lived. From then on, recalls Lee, the family felt besieged as strangers peered through windows and demanded autographs, guitars and even, on occasion, money. Faced with constant intrusions, the Lees fled, settling in an affluent downtown Toronto area. And for more than a decade, the reluctant star carefully guarded his family’s privacy. Like Rush’s other two members, guitarist Alex Lifeson and drummer Neil Peart, Lee refused to allow the media into his home or to discuss anything more personal than his music. But now, as they embark on their 18th year together, and with the recent release of their 14th studio album and the opening next month of another world tour, the members of Rush are breaking their silence.

In lengthy conversations in their homes, Lee, Peart and Lifeson revealed themselves to be stable—and extremely prosperous—elder statesmen of rock ‘n’ roll. Far from the stereotype of rocks stars as ravaged hedonists, they say that they prefer to dabble in art collecting, not drugs. As they approach 40, they are devoted family men with marriages of long standing. Said Sam Sniderman, Toronto-based owner of the Sam the Record Man chain: “They’re good apples—squeaky clean.” All three express a yearning for respect, as well as frustration that Rush is still regarded as a heavy-metal band for teenage boys—despite the group’s more varied style. And that, said 38-year-old Lee, is one reason why they decided to talk. “We may never be digestible for a giant audience,” he acknowledged. “But there’s a part of us that wants to be viewed in the proper light.”

A multimillion-dollar entity for 15 years, Rush has enjoyed a longevity that is unparalleled in Canadian rock. The band was born in 1968 when high-school friends Lee and Lifeson, both living in the Toronto suburb of Willowdale, decided to form a band. Peart, a native of St. Catharines, Ont., joined in 1974—the same year that Rush’s self-titled debut album appeared. In the early days, the band won over a young, denim-clad audience with its bone-crunching sound and mystical message. But it left critics cold. In 1977, Robert Christgau of New York City’s The Village Voice called Rush “the most obnoxious band currently making a killing on the zonked teen circuit.” And Lee’s vocal style, described as an “air-raid siren” or likened to a “wailing banshee,” proved a major irritant for many. 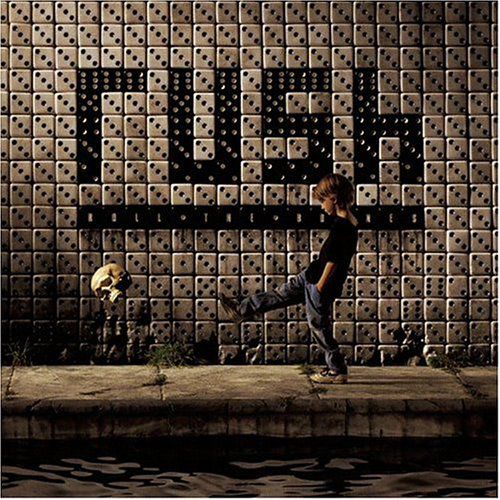 Now, the three musicians can afford to ignore their critics. Managed from the beginning by Ray Danniels, with whom the three members own their Toronto-based record company, Anthem, Rush has sold more than 30 million records around the world—which makes it the top Canadian band for international sales in history. One industry insider estimates that even in years when Rush does not release a new album or go on tour, Anthem earns at least $10 million from sales and royalties. The band’s latest release, Roll the Bones, shows signs of becoming their best-selling record to date, having rocketed immediately to third place on the Billboard album charts—their previous albums took weeks to get that high. At the same time, Rush is one of the top-grossing live rock acts in the world: last year, the band earned $16 million from the 70 dates on its North American tour alone. And the upcoming nine-month tour, which opens on Oct. 25 in Hamilton, is expected to do even better.

Lee and his partners may have difficulty with the fishbowl pressures of fame, but they clearly have no problems with their commercial success. High-school dropouts from working-class backgrounds, each grew up with an obsession for hard rock matched by an unusually strong work ethic. Now, all three have at least two residences and many of the trappings of wealth. Sitting in the living room of the large, elegant 19th-century coach house that he shares with his wife, who owns the Toronto clothing design company Zapata, and their now-adolescent son, Lee spoke about his good fortune. “Let’s face it,” he said, dressed casually, with his long black hair hanging loosely about his shoulders, “it’s a darn good job and we do very well. But now, I’m not afraid to say no to Rush. My family’s extremely important to me.”

There was a time when Rush ruled the lives of Lee, Lifeson and Peart. Months of recording were followed by a year of constant touring. Then, it was back into the studio to make another album. They were, Lee says, hopeless workaholics. But that all changed after their 1987 album, Hold Your Fire, and the subsequent five-month world tour. Lee recalls that the three returned to Canada sick and distanced from their wives and children. During a seven-month break made possible by the release of the live recording A Show of Hands, they reached some crucial decisions about their lives. Said Lee: “Call it maturity, but we discovered that we didn’t have to be obsessed about Rush 24 hours a day. It was just one of the things that we do.” 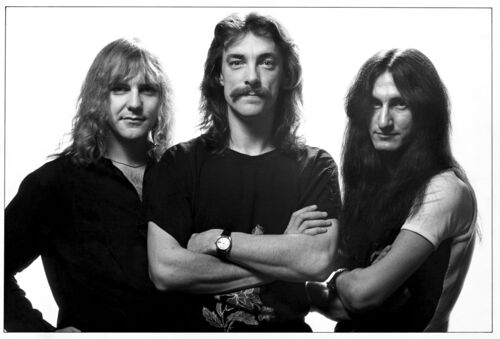 Since that turning point, the three men have made the job of their manager, Danniels, much more difficult. Now, when he plans a tour for the group, he has to wear at least two hats: one as booking agent, the other as holiday consultant. One of Lee’s conditions for touring is that he gets to spend 10 days off with his family for every three weeks on the road. Peart, 39, the group’s lyricist, is an avid cyclist who, whenever possible, travels between stops on bicycle. Lifeson, 38, insists on tennis courts so that he and Lee can play on their days off. And Lee, who is also a serious baseball enthusiast, tries to take in an afternoon game whenever possible on the North American legs of their tours. Said Danniels: “Most managers don’t have to deal with so many tour demands, but how many of them have clients that go on forever?”

Success has allowed the members of Rush to thoroughly indulge their passions. Peart, the son of a farm-equipment dealer, has trekked and cycled through China and Africa -- and then had his own travelogues printed in book form for distribution among friends. Married to art dealer Jackie Taylor—they have a teenage daughter—he has won a reputation as one of the rare bookworms of the rock world. Peart says that he grew up with the disparate goals of becoming a drummer, like his hero, Keith Moon of The Who, and a self-educated Renaissance man. The den of his house in the wealthy Toronto enclave of Forest Hill is filled with books ranging from philosophy to travel literature. In his upstairs study, Peart talked about his literary fascinations—and aspirations. An articulate man with a boyish grin, he said that he occasionally corresponds with some of his favorite writers, including Tom Robbins and John Barth. And he admitted that he would one day like to see a work of his own on bookstore shelves. Said Peart: “Writing lyrics for Rush forced me to grow up in public. So writing prose is, for the time being, a strictly private pursuit.”

Peart’s literary influences have been painfully obvious in Rush’s music. After a flirtation with the fantasy writing of J. R. R. Tolkien, whose Lord of the Rings trilogy inspired such early Rush recordings as Fly by Night (1975) and Caress of Steel (1975), Peart discovered the science fiction of Isaac Asimov and Frank Herbert. But when he credited the inspiration for his lyrics on the 1976 album 2112 to archconservative U.S. novelist Ayn Rand, controversy hit the group. A writer for the British weekly New Musical Express labelled Rush “fascist” after an interview with Peart. Lee said that he found the charges particularly painful because his parents, Polish Jews named Weinrib (Lee is his stage name), both spent time in Nazi concentration camps. Looking back on it now, Peart laughs at his naiveté. “I’m not an ‘ist’ of any kind and never have been—except maybe an individualist,” he said. 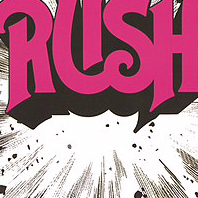 Much has changed in the 15 years since then. Rush now enjoys what industry insiders describe as one of the most lucrative recording contracts in the music business with their international label, Atlantic Records. And the band gets regular radio airplay (their current single, “Dreamline,” was the most requested song last week on U.S. stations) while even garnering the occasional good review. Said Lee: “Now punk music and slash metal have legitimized our sound. By not changing, we changed. Things around us became more raw and we became more palatable.”

Still, for all its success, maturity and wider acceptance, the image of Rush as a post-adolescent heavy-metal power trio lingers. And that leaves the band with a lower profile than many less successful performers have. But Lifeson, for one, says that he does not mind the anonymity that Rush affords him. With his wife, Charlene, and their boys, one teenage and one grown, he lives in a two-acre estate—complete with swimming pool and tennis court—in Stouffville, Ont., north of Toronto. Said a tanned and athletic-looking Lifeson, the son of Yugoslavian immigrants with the name Zivojinovich: “I don’t get hounded the way Geddy does, because I look like a regular guy. But Geddy has such a distinctive appearance that people can really pick him out in a crowd.” He added: “Me, I can take the kids to school or do the grocery shopping, no problem. It’s very normal.”

Relatively quiet offstage, and self-conscious—sometimes to a fault—in their music and lyrics, the members of Rush are perhaps the quintessential Canadian musical heroes. Theirs is a music that SCTV characters Doug and Bob McKenzie—with whom Lee sang on the 1982 comedy hit “Take Off”—would affectionately call hoser rock. And it is their Canadian-ness that has kept Rush from moving, like so many, to the United States. Said Lee: “Canadians aren’t people who like to quit on anything. All three of us have been in relationships for a long time, both with our wives and each other.” The same is true, added Lee, of the band’s relationship with Canada, with its relatively high tax rates. “We’re not ready to give up on it yet,” he said.

Lee says that he has learned to deal with celebrity—he even agrees to sign autographs now. “It’s working,” he said, adding with a deadpan expression, “I’ve just accepted the fact that my epitaph’s going to read: ‘There’s the guy from Rush.’”