The Rising Sons - The Roots of Ry Cooder and Taj Mahal They were a short-lived band that released just one single before breaking up. But the legend of the Rising Sons has continued to rise. Small wonder: the group served as the launching pad for a pair of young musicians who grew up to become two of the world’s most adventurous and celebrated musical explorers. 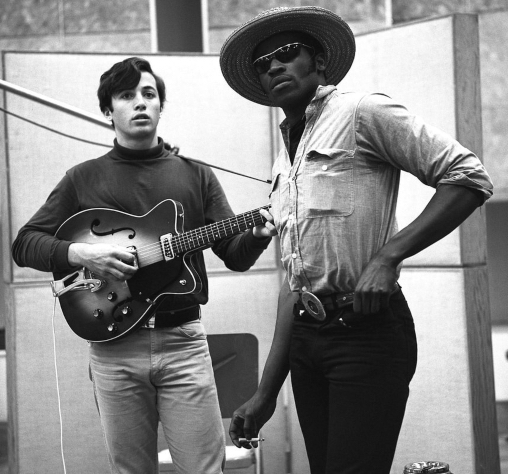 The Rising Sons were formed in Los Angeles in 1965 by 17-year-olds Ryland Cooder and Henry Saint Clair Fredericks, better known as Taj Mahal, along with guitarist Jesse Lee Kincaid, drummer Ed Cassidy and bassist Gary Marker. Cassidy left soon after (he went on to become a founding member of the band Spirit) and was replaced by Kevin Kelley. Cooder sang and played six- and 12-string guitar, mandolin, slide and bottleneck guitar and dobro, while Mahal sang and played harmonic, guitar and piano. From the beginning, the band pursued a raw mix of blues, folk and rock and covered songs by Bob Dylan and Gerry Goffin and Carole King, as well as blues artists like Charley Patton and Robert Johnson. 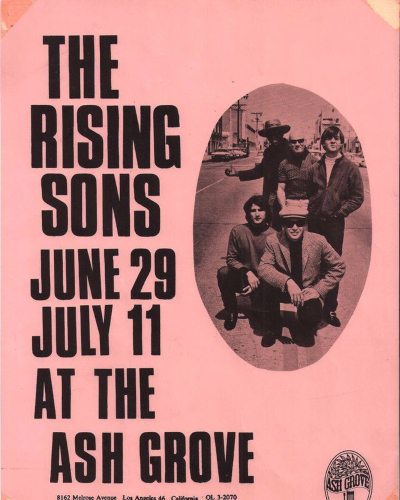 The group began developing a following in Los Angeles around the same time as the Byrds, performing at clubs like the Troubadour and the Ash Grove. Coincidentally, Kelley was a cousin of the Byrds’ Chris Hillman. Soon, the Rising Sons were signed by Columbia Records, who assigned their hotshot young producer Terry Melcher to the band. The other acts Melcher was producing at the time? Paul Revere & the Raiders and the Byrds. There was clearly a rivalry with the Byrds, with some preferring the Rising Sons’ authentic folk-blues sound. Wrote one follower in the Los Angeles Free Press: “I’d much rather hear the Rising Sons than electrified Bob Dylan songs.”

The band had no shortage of material to record. Cooder, the son of folklorist parents, was well acquainted with traditional song material, while Mahal and Kincaid had cut their teeth in the folk scene in Cambridge, Massachusetts and absorbed plenty of influences. Armed with at least two dozen folk, blues and country numbers, the Rising Sons went into the studio with Melcher in September ’65 and May ’66. Columbia then rushed out a single, which featured a rollicking version of Rev. Gary Davis’ “Candy Man” and a funky rendition of Skip James’ “The Devil’s Got My Woman.” Backed by an initially heavy promotional campaign from their label, the band seemed poised for the big time. 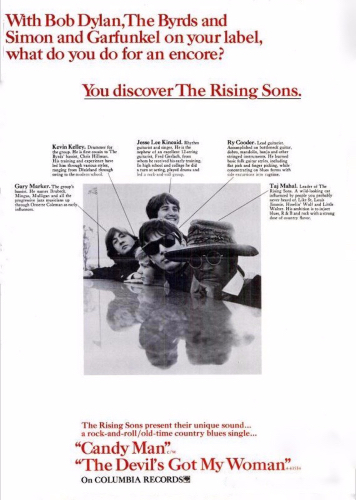 But then Columbia began dithering about how to market the group: was it rock, blues, country or a little bit of everything. As an album release kept getting postponed, the fighting began, with Melcher, with the label and within the Rising Sons themselves. By the fall of ’66, the band had imploded. At least one member blames the group itself for the breakup. “We were the problem,” Marker later remarked. “We had difficulties distilling our multiple musical agendas down to a product that would sell. We had no actual leader, no clear musical vision.”

All of the band’s recordings were sent into the vaults where they languished until 1992, when Columbia released a 22-track compilation titled Rising Sons—featuring Taj Mahal and Ry Cooder. “Legendary…Historical…Collectable…Until Now!” read the heading on the back of the CD. It’s true the band had become collectable, as Rising Sons recordings had been widely bootlegged for years. 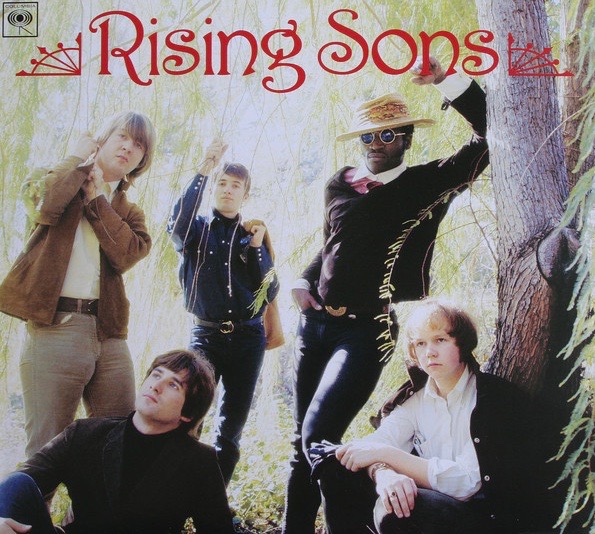 One listen to the music today and it’s easy to feel the excitement of five musicians exploring diverse musical agendas. There’s a rambunctious take on Blind Willie McTell’s “Statesboro Blues,” a sunny country-tinged “Tulsa County” and a spirited cover of Dylan’s obscure “Walkin’ Down the Line.” Among the infectious mix of styles are tracks like the traditional “Corrina, Corrina” and Goffin/King’s “Take a Giant Step” that would become signature songs in Mahal’s later career.

Following the breakup, Cooder and Mahal each went solo and began sharpening their focus. Throughout their careers, they have delved progressively deeper in American roots music and collaborated with artists in genres and cultures from all over the world. It’s been an adventurous, spirited journey that began with the Rising Sons, a short-lived band loaded with promise.