Gordon Lightfoot got his start on Yonge Street, not in Yorkville. Although the bard of Canadian song is often associated with Yorkville’s Riverboat coffeehouse, where he first became a star while performing weeklong stints in the mid-1960s, his first real home as a solo artist was Steele’s Tavern, at 349 Yonge. A two-storey operation run by Greek restaurateur Steele Basil, Steele’s was sandwiched between Yonge Street’s famously competitive record stores: Sam’s and A&A’s. There, in the upstairs Venetian Lounge, Lightfoot performed his songs for anyone who would listen, often competing with the clink of beer glasses and televised hockey games for people’s attention.

Lightfoot had traveled down to Toronto from his hometown of Orillia. Determined to become a songwriter, he penned his first composition, a topical number called “The Hula Hoop Song,” in 1955 and pitched it to BMI Publishing. Although he was turned down, he used the constructive criticism he received as inspiration to pursue songwriting with an even greater fervor. In 1958, he ventured to Los Angeles, where he studied composition and orchestration for two years at the Westlake College of Music. He returned to Toronto and pursued his music career in earnest, first as a choral member and dancer on CBC’s Country Hoedown and then in a folk duo with Terry Whelan known as the Two Tones. But he yearned to be a solo performer.

Being on Yonge Street put Lightfoot in some august musical company. A few doors south, Rompin’ Ronnie Hawkins was packing them in at Le Coq D’Or with his wild rockabilly sideshow. Hawkins quickly became an admirer of Lightfoot’s talent and they were soon sharing beers and tall tales. Lightfoot was a big fan of Ian & Sylvia, who had already become stars with their songs “Four Strong Winds” and “You Were On My Mind.” One day in 1964, the folk duo showed up at Steele’s to catch Lightfoot’s set. The couple was deeply impressed with his songs. Not only did they record his “For Lovin’ Me” and “Early Morning Rain” (even naming their fourth album after the latter), but they hooked him up with their management company, run by Albert Grossman, which also handled Bob Dylan’s career 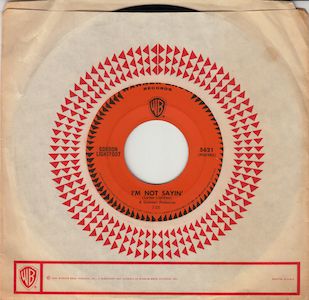 When Lightfoot signed a recording contract with Warner Brothers the following year, a party was held for him at Steele’s. Warner Brothers provided the sandwiches for the event; the beer was courtesy of Mr. Basil himself. His first single on the label, “I’m Not Sayin’,” hit the Top 20 in the summer of ’65. It was also covered over in Europe by the German-born singer Nico, with Jimmy Page on guitar. Lightfoot was on his way.

Yonge Street continued to loom large over Lightfoot’s career. In 1967, he played for the first time at Massey Hall, just a stone’s

throw from Yonge on Shuter Street (technically, it wasn’t his first time on that stage; he’d performed there at the age of 12 after winning a singing competition for boys with unchanged voices). Lightfoot would go on to perform at Massey Hall more than 150 times throughout his career, the most solo appearances of any performer. His annual shows there have become seasonal rituals, like Canada geese returning home, offering what the Toronto Star called “a sense of home, of history and continuation.” 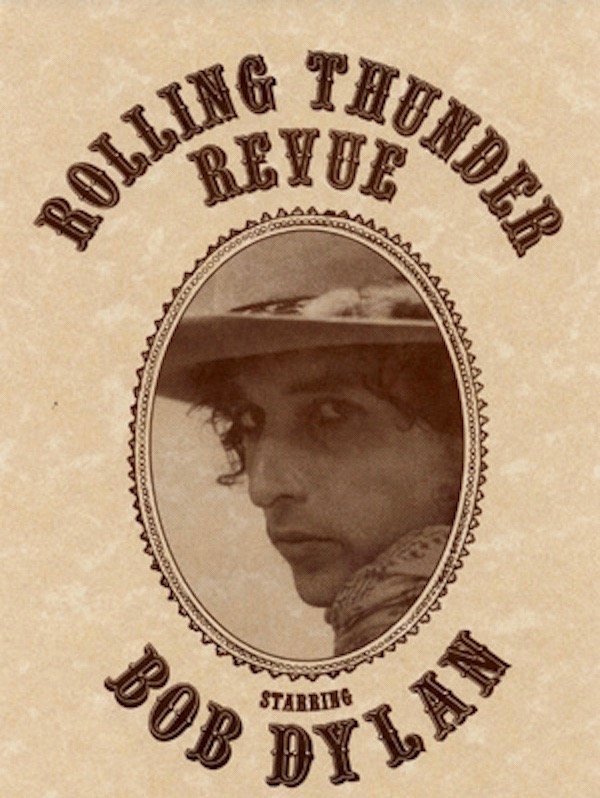 A few blocks up Yonge from Massey Hall, just half a block east on Carlton Street, sits Maple Leaf Gardens. Lightfoot, an avid hockey fan, made regular visits to the arena over the years to cheer on his beloved Leafs (in 1992, the team made him an honorary captain for the new season and he dropped the ceremonial opening puck at their first home game). But in 1975, Dylan arrived in Toronto to perform with his Rolling Thunder Revue at the Gardens. Joining Dylan onstage was a host of musicians, including Joan Baez, Roger McGuinn, Ramblin’ Jack Elliott, Joni Mitchell and Lightfoot. It was natural that Lightfoot was invited to take part; Dylan had covered “Early Morning Rain” and was a longtime admirer of his songwriting, once stating that ‘Every time I hear a song of his, it’s like I wish it would last forever.”

After the first night's Rolling Thunder Revue concert, Lightfoot invited the entire cast back to his rambling Rosedale mansion, at 5 Beaumont Road, for a post-concert party. Upstairs, in his second-floor rehearsal room, Lightfoot jammed with Dylan on the latter’s “Love Minus Zero/No Limit.” Dylan was making his Renaldo and Clara movie at the time and later recorded Lightfoot singing “Ballad in Plain D” in an upstairs bedroom (it can be heard in the background of a scene in the film). 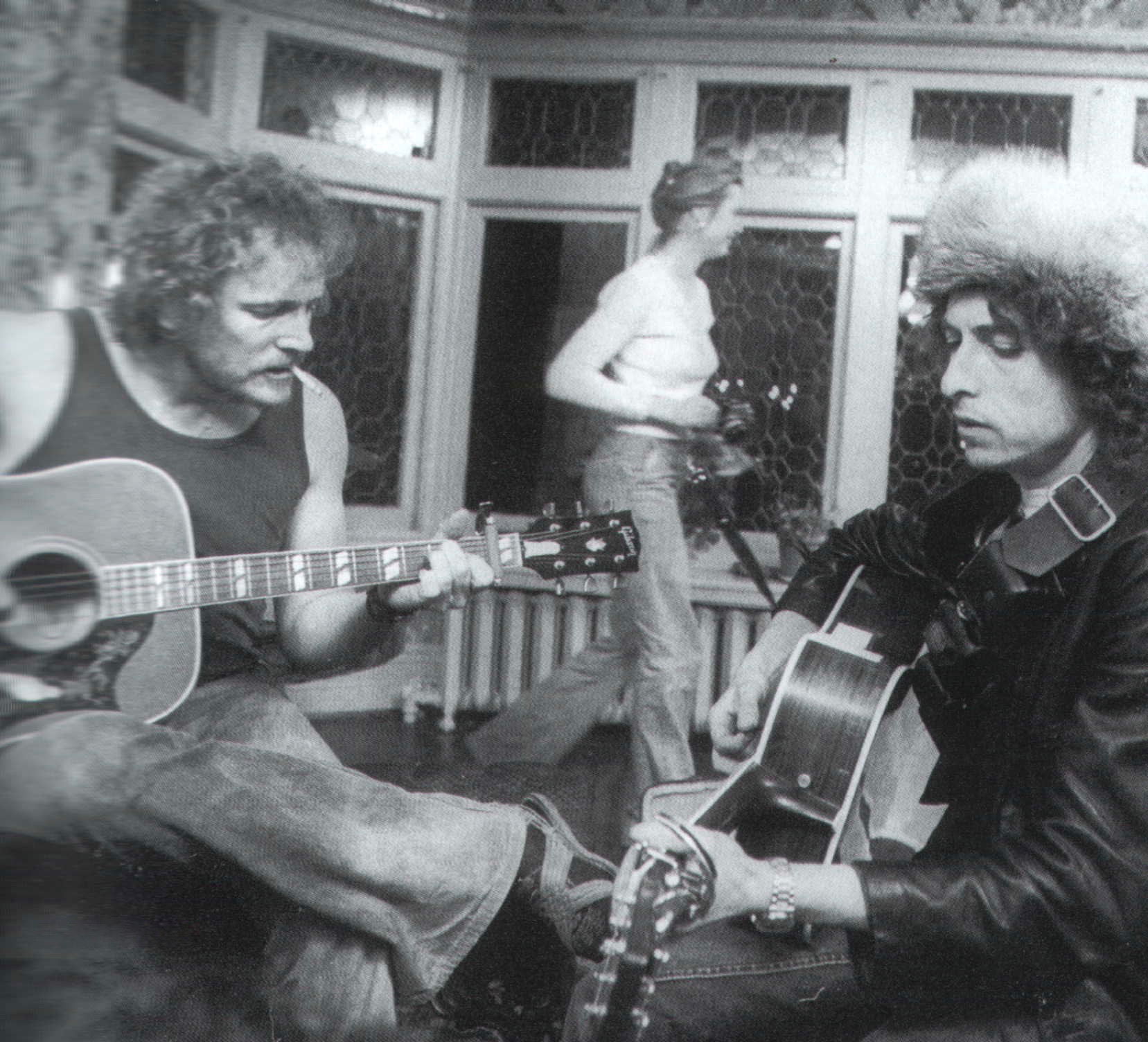 With alcohol and recreational pharmaceuticals flowing freely, Lightfoot’s party was a boisterous affair. David Hayes writes that, “Lightfoot’s friend, Tiny, a six-foot-eight banjo player, was the doorman, making sure the party didn’t get out of control, which it seemed to do around the time Dylan crony and Rolling Thunder emcee Bobby Neuwirth threw his leather jacket in the living room fireplace and the joint filled with smoke.”

Lightfoot played the Gardens again the following year. This time, it was a benefit he organized for Canada’s Olympic athletes. Joining Lightfoot at the concert, which was televised by the CBC, were Sylvia Tyson, Murray McLauchlan and Liona Boyd. Lightfoot played many of his biggest hits, including “Sundown” and “If You Could Read My Mind.” The sold-out show raised over $100,000 for the Canadian Olympic Association. 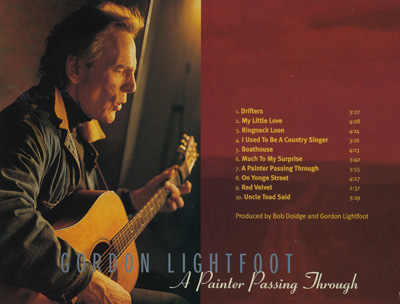 Although he has since moved to Toronto’s leafy North York district, just off of Bayview Avenue, Lightfoot’s connection to Yonge Street has remained. In 1969, he opened his Early Morning Productions office at 1365 Yonge, just south of St. Clair. And the legendary singer-songwriter still runs his affairs, including all management, business and booking duties, out of that second-floor space.

Lightfoot paid tribute to the “longest street in the world” in his song “On Yonge Street,” from his 1998 album A Painter Passing Through. Lightfoot strikes a cautionary note when he sings, “It’s a mean street if you choose/It’s a lean street when you lose,” noting the hard times that can hit the unfortunate drawn to the street’s beckoning neon lights. But the song ultimately offers an upbeat message. “Everywhere you go in a city by the lake,” he sings, “You’ll be sure and find it’s a case of give and take.” Yonge Street has been good to Lightfoot, but he’s given far more than he’s taken.