When Ian Tyson arrived in Toronto in September 1958, the folk music scene didn’t exist. The coffeehouses hadn’t yet appeared in Yorkville. The city’s bohemian district consisted of a few ramshackle cafés and galleries along a tiny stretch of Gerrard Street, near Bay, that attracted colorful personalities and painters like Harold Town. All of that was about to change with the Folk Boom ignited by the Kingston Trio and its massive hit “Tom Dooley.”

Tyson had hitchhiked his way East from the West Coast, where he’d graduated from the Vancouver School of Art. He was 25 years old. His life experience at that point largely amounted to riding bareback in rodeos and playing a little guitar in rockabilly outfits like the Sensational Stripes. Within days of his arrival in Toronto, Tyson landed a job as a commercial artist. By late ’59, he was moonlighting as a musician, performing in places like John McHugh’s Coffee House on Gerrard and the First Floor club, a jazz establishment on Asquith Street, just up from Yonge and Bloor, run by Salome Bey’s husband, Howard Matthews. 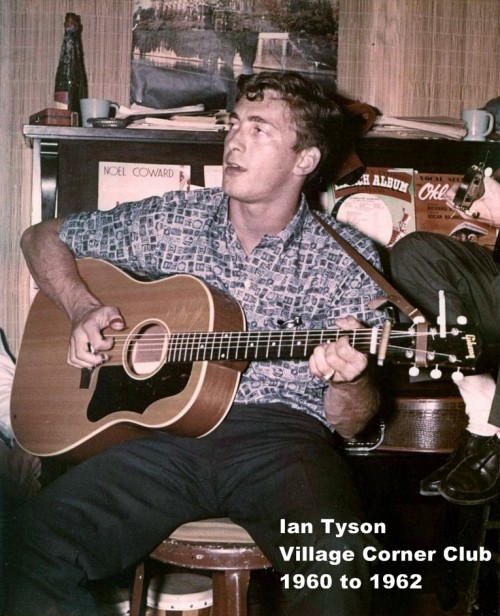 In the wake of “Tom Dooley,” Tyson discovered that coffeehouses featuring folk music were “sprouting like mushrooms” all around the Yorkville area. Soon, he was performing almost every night. It was at John Morley’s Village Corner club, the main floor of an unassuming two-storey house at the corner of Avenue Road and Pears, that Tyson got his first media attention (this was also where an aspiring folksinger named Gord Lightfoot got his start, performing in a duo called the Two-Tones). A newspaper account described Tyson as “a clean shaven Vancouverite who performs in tight fitting blue jeans and a freshly laundered sports shirt open at the neck, singing about feudal England, the Great Depression and prison blues with a relaxed and easy manner.” Everyone loved his voice. Women couldn’t take their eyes off him.

Before long, Tyson met Sylvia Fricker, the beautiful daughter of a church organist from Chatham, Ontario. Fricker had come to Toronto to pursue her dreams of becoming a folksinger. One of the first places she performed was the Bohemian Embassy on St. Nicholas Street, a laneway just west of Yonge running north from Wellesley. Having taught herself obscure songs from books she borrowed from the Chatham library, Fricker sang old English ballads and Appalachian mountain tunes in between poetry readings by writers like Margaret Atwood, Earle Birney, Gwendolyn MacEwen and Milton Acorn, the “people’s poet.” Later, when she and Tyson performed together at the First Club and then the Village Corner, the pair caused hearts to flutter. They made a gorgeous couple and, with Fricker’s unique choice of songs and their stirring close harmonies, they sounded like no one else in folk music. 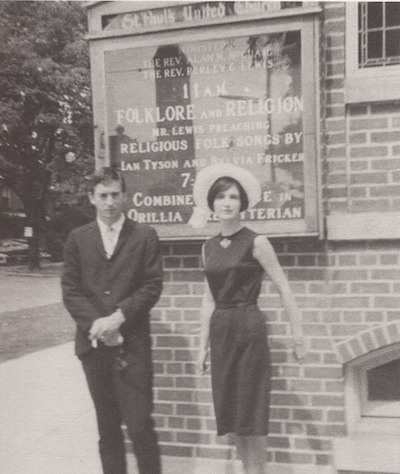 Performing wasn’t confined to folk clubs or the jazz establishments that were starting to dabble in folk. On a summer’s day in 1960, Tyson and Fricker delivered a repertoire of religious songs at St. Paul’s United Church, on Avenue Road, as part of a program called “Folklore and Religion.” Already, they had begun to perfect what Tyson called their “strange duo sound,” an eerie combination of his warm baritone and her cool vibrato. A photo, taken outside the church that day, shows the impossibly glamorous couple: Tyson looking like actor George Maharis, from TV’s Route 66; Fricker bearing an uncanny resemblance to future First Lady and international fashion icon Jackie Kennedy. But, surprisingly, they weren’t yet romantically involved.

Around this time, Tyson was sharing a house nearby the Village Corner, at 155 Marlborough, with a potter named Ron Roy. The three-storey semi, on a quiet street in the Summerhill neighbourhood, was the scene of many parties, according to Tyson’s friend Ed Cowan. Facing the CPR railway tracks, as it did, the house later inspired Tyson to write one of his earliest songs. Appearing on Ian & Sylvia’s 1965 album Early Morning Rain, “Marlborough Street Blues” details his apparently lonely nights in the midtown neighbourhood and the incessant sound of its passing trains. “Freight train roll by here, ’twas 23 boxcar long,” sings Tyson over a driving rhythm. “Oh, Lord, I don’t know one woman in this town.” The kicker to the rollicking number comes with Tyson adding, “When you’re with a girl, freight train don’t sound so bad." 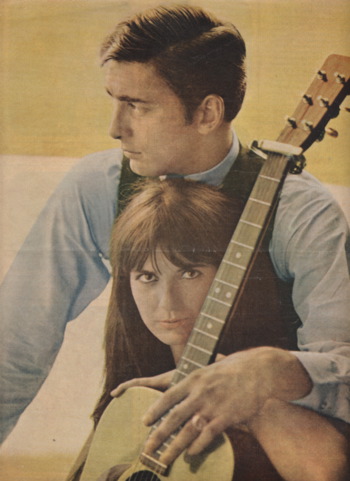 It wouldn’t be long before success took Tyson away from Marlborough to the stages of the Mariposa Folk Festival and Massey Hall and south to Carnegie Hall and the Newport Folk Festival. After marrying Sylvia in June 1964, the couple swept through the American music scene like a cool wind from the North. Their songs, including Ian’s “Four Strong Winds” and “Someday Soon,” and Sylvia’s “You Were on My Mind, have been covered countless times by some of the most famous artists of all time, including Bob Dylan, Neil Young, Judy Collins, and Lightfoot, the young Canadian singer the couple mentored in his early days. 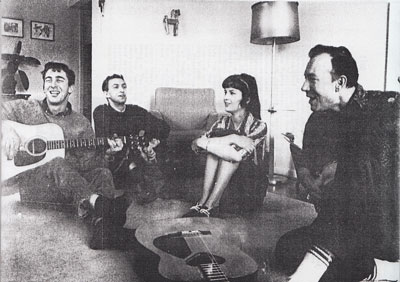 Shortly after marrying, in 1964, Ian and Sylvia bought a triplex in Rosedale, at the corner of Elm & Dunbar, sharing the property with Mariposa’s Estelle Klein and her husband, Jack. On many a night, the couple hosted house parties filled with music making including, on one occasion, an evening with the Festival’s Ted Schafer and visiting folk music eminence grise Pete Seeger. But married life in Rosedale didn’t last. Ian and Sylvia eventually divorced and Tyson moved back out West to realize his lifelong dreams of becoming a horse rancher. “Marlborough Street Blues,” about his bachelor days living on the wrong side of the tracks in Summerhill, captures all the excitement and urgency of life in the big city and remains Tyson’s greatest songwriting gift to Toronto. 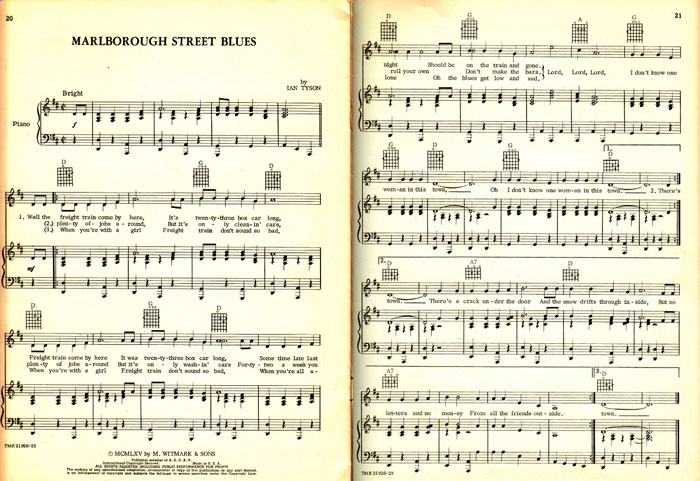