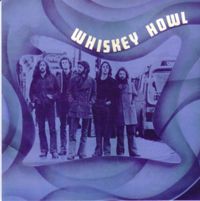 Liner Notes
Catalysts of the folk boom, Canada’s Ian Tyson and Sylvia Fricker burst onto the scene in the early 1960s with a unique vocal sound. Sold-out concerts at Carnegie Hall. Headline appearances at the Newport and Mariposa festivals. Hit songs like the now-classic “Four Strong Winds” and “You Were On My Mind.” A real singing cowboy and a church organist’s daughter, Ian & Sylvia were one of the hottest acts around. But all of that changed in the mid-1960s when The Beatles and the British Invasion landed on North American shores. The folk boom suddenly went bust and everyone—including Ian’s mentor, a scruffy kid named Bob Dylan—began plugging in.“The Beatles shut us down,” Ian recalled in his 1...
Continue reading
Tags:
ian & sylvia ian tyson sylvia tyson
Tweet
6768 Hits
Previous     Next
3 4 5 6 7 8 9 10 11 12