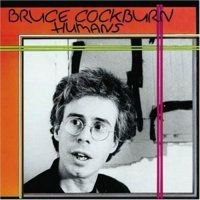 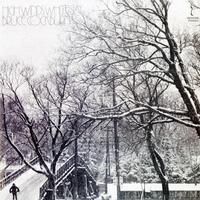 The stark black and white cover photo speaks volumes about Bruce Cockburn in the early 1970s. He stands alone at the foot of a bridge, surrounded by snow-capped trees, looking like what writer Jack Batten then described as a “splendid survivor of Robin Hood’s merry men dressed in leather jerkins and boot-high moccasins.” At the time, the rising singer-songwriter possessed a deep fascination with the wilderness and things medieval—especially Renaissance music. And although already on a quest, Cockburn had not yet embraced his particular brand of Christianity. He was, in his own words, a “spiritual loner who sought truth in nature.”

Images and references to rivers, birds, mountains and, especially, sunlight abound on 1971’s High Winds White Sky—as they do on Cockburn’s previous self-titled debut album and the subsequent Sunwheel Dance. The three albums formed a powerful acoustic trilogy that established Cockburn as one of Canada’s most important performers of introspective, literate songs. Unfortunately, they also typecast him as a pastoral folkie, an image that Cockburn found ultimately restricting. For one thing, his tastes went well beyond just folk into country blues and global music. And his interests led him to Buddhist teachings, from the Beat writers to the Sutras themselves. Blending all of those elements, High Winds White Sky remains a landmark recording—as fresh and 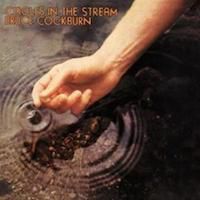 One of the marks of a great live album is the ability of the artist to inject his material with new vitality, to the point where even well-known songs take on fresh meaning. Bruce Cockburn did exactly that with Circles in the Stream, which caught the Canadian folksinger at the culmination of his first tour with a full band. That group provided the kind of intelligent and intuitive accompaniment that creates an inspired—and inspiring—concert experience. “It’s amazing to hear how tight we are together,” percussionist Bill Usher once recalled, on hearing the recording. “We’re all hitting the same accents at the same time and in harness with each other.”

Recorded in the spring of 1977 at Toronto’s venerable Massey Hall, Circles in the Stream captures Cockburn at the peak of his creative powers. Originally released shortly after Cockburn’s fine transitional album In the Falling Dark, the live recording blends adventurous jazz textures with his more familiar folk influences. The album opens with the stirring sound of a traditional Scottish tune on bagpipes, before Cockburn and his sidemen—Usher, bassist Robert Boucher and electric pianist and marimba player Pat Godfrey—segue into a shimmering rendition of “Starwheel.” Following a marimba-laced version of the stark “Never So Free,” Cockburn launches into three newly written songs: the stunning guitar instrumental “Deer Dancing Round a Broken Mirror,” the dreamy, jazz-tinged French song “Homme Brûlant (Burning Man)” and the rhythmic, politically charged number “Free to Be.”